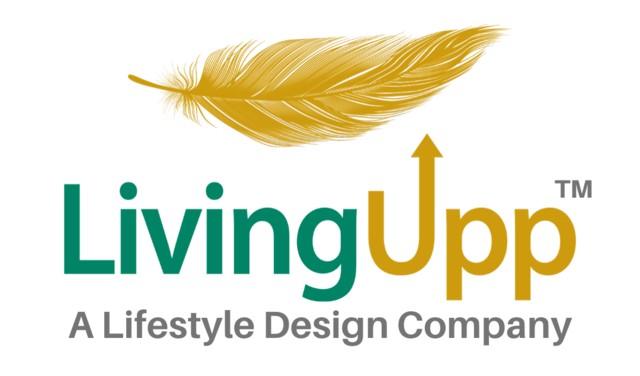 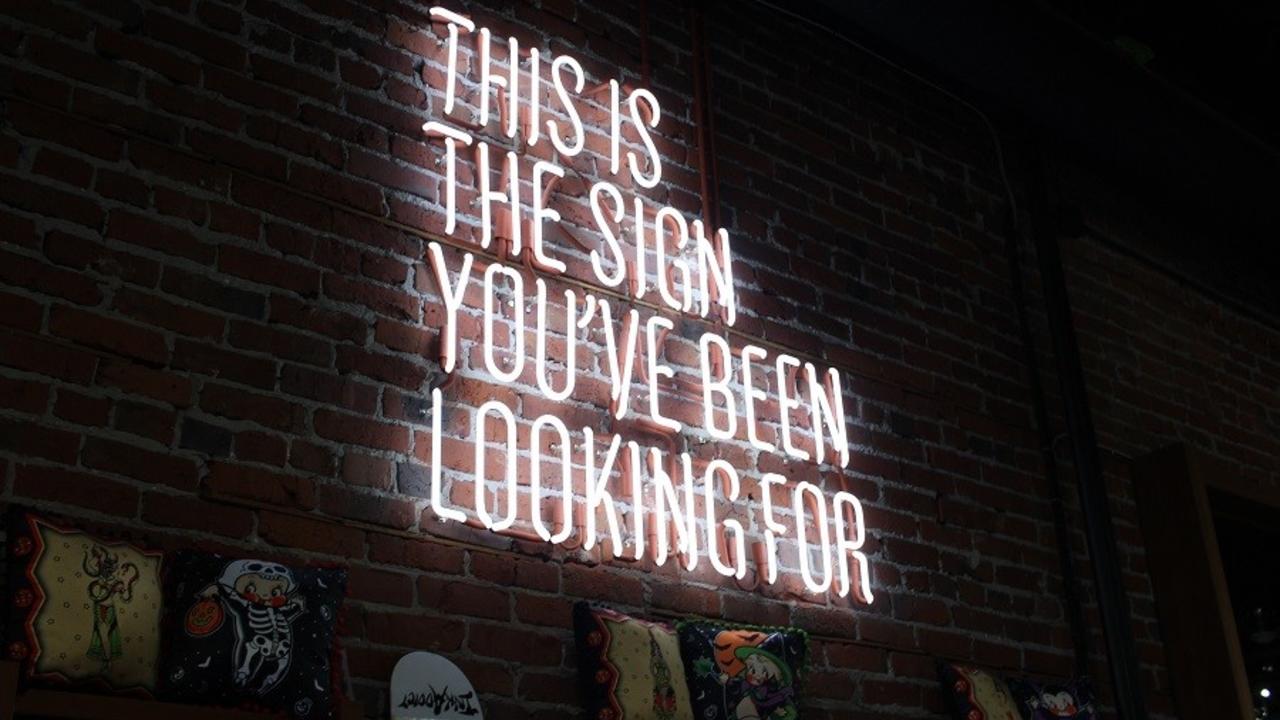 And this is an invitation to other white women and white mamas to act on behalf of those who cannot stand tall or speak loudly for themselves. This invitation isn’t only relegated to white women—no one is excluded; everyone is invited. But white women are specifically being called upon right now because it’s time.

I didn’t understand until my late thirties that because I’m a white woman, many things are available to me that are not available to others. I can casually walk across a street to grab a burrito for lunch without being stopped by police. I can wear a hoodie any time I want to without getting looks of suspicion. I can ask a woman to leash her dog and not have the police called on me. And I can be accused of writing a bad check and not get murdered for it.

Some refer to this “privilege,” or, more specifically, “white privilege.” The color of my skin and my gender naturally, with no doing of my own, afford me unspoken rights that aren’t readily available to others.

At first I shrugged off that label. After all, I didn’t choose to be a white woman. I was born into a middle-class family and was not, at least in my view, privileged. And I certainly haven't exploited that reality and used it to my advantage.

All Things Not Being Equal

But then I had lunch with a black woman who changed my mind. She and I met at a business gathering and discovered we worked with similar groups within our coaching practices. As we shared a meal and discussed a number of topics ranging from our businesses to healthcare reform, we eventually landed on the issue of behavior change. As coaches, promoting behavior change is really the heart of our work. But that topic led us to another topic: Oppression.

Oppression: unjust or cruel exercise of authority or power 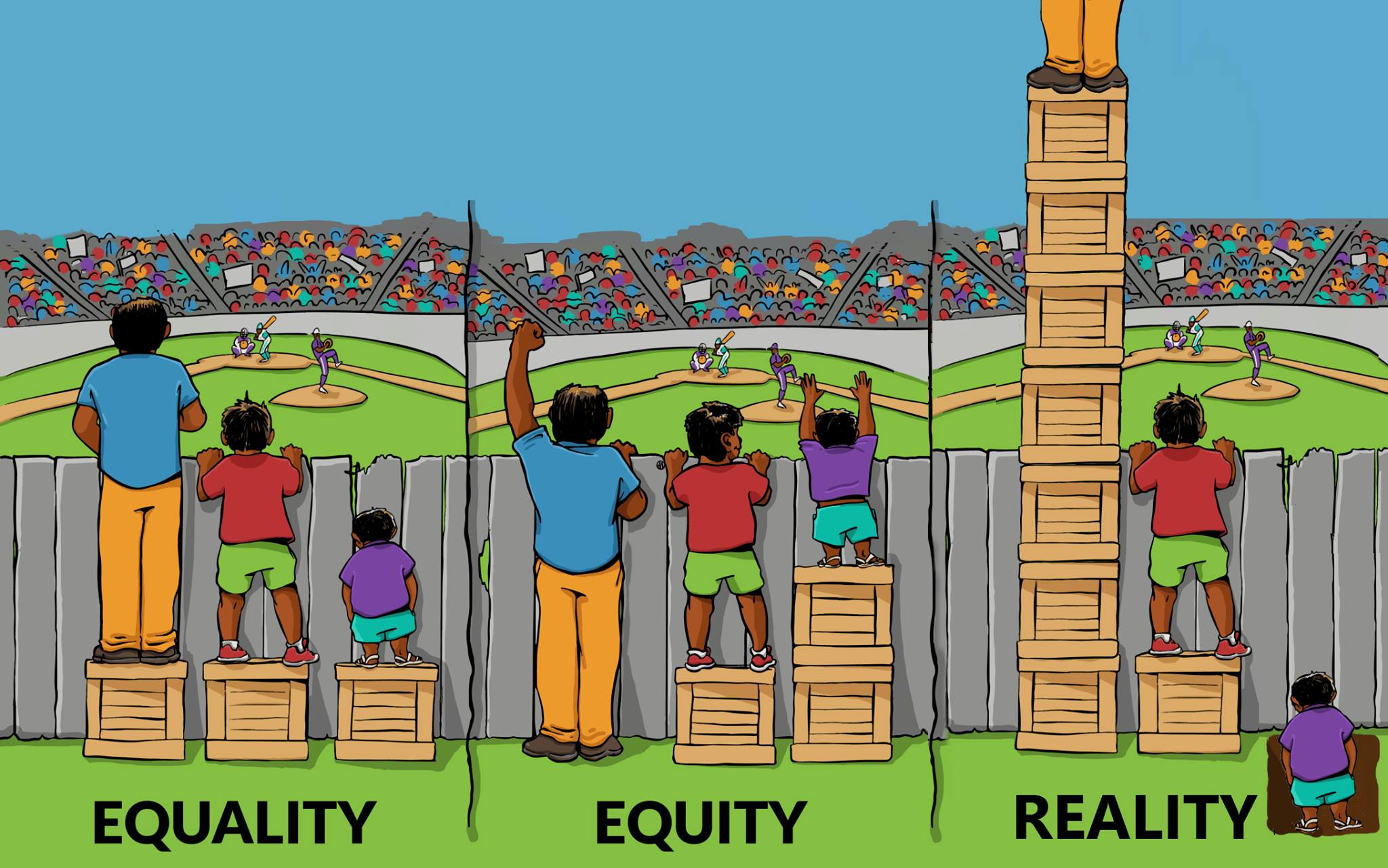 I shared with her my belief that equal opportunities exist for all of us, that we can create change by being resourceful and working hard, and that human beings all have the ability to overcome odds regardless of our life circumstances or the color of our skin.

And that’s where she stopped me.

Pointing to a few examples of those who make it out from under the heaviness of oppression doesn't prove it isn’t a barrier that needs to be removed. It isn't a self-imposed limitation, and it is a reality for many marginalized groups in this nation.

Marginalized: to relegate to an unimportant or powerless position within a society or group

How had I missed something this blatantly obvious?

Earlier this week, another black woman who I only met once in person but am friends with on Facebook gave me a second wake up call. “Get off my wall!” she demanded of her white Facebook friends. “Use your own platform to speak out about this.” And that’s when I realized it wasn’t enough to show my support within the walls of groups who were already fighting. They need more support. And humanity is being called to respond on a much bigger level.

We’re emerging from this pandemic to face another threat to our collective well-being: Racism.

I am a white woman who has largely turned a blind eye to the oppression of black Americans. I admit that and need to be honest with myself about that. I acknowledge there are injustices, yes. I mourn the losses of the beautiful souls who are treated differently, yes. But I have done so privately, for the most part.

These have been some of my excuses and maybe you’ve used them too:

But I know that my silence is deafening. And there’s no excuse for my inaction.

A Chat with White Folks

Two days ago, I watched a discussion entitled “A Chat w/ White Folks.” 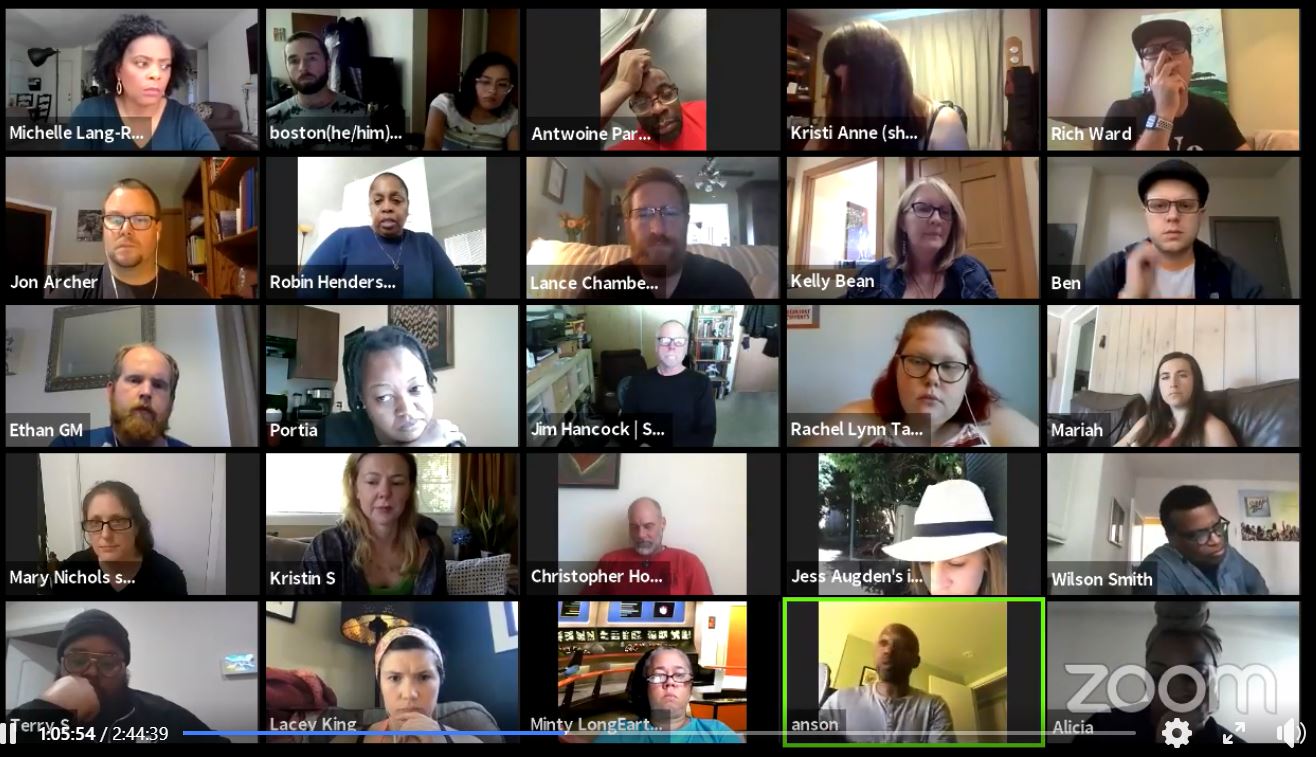 The facilitator, Michelle, said she felt led to organize the event after reading a comment posted by a white friend and thinking “that’s not enough.” The purpose of the discussion was to explore if there was “some good that can come of us talking.” There were no promises made about the forum being a safe place. The only rules were that the conversation had to be productive and healthy as a group, and as individuals.

Michelle openly admitted that she wanted the white community to “feel shame” for what is happening. I won’t deny those words were hard to hear. But I listened anyway.

One by one, most of the white voices reported not feeling like they belonged to any community as a white person.

“There is no singular white community or identity,” one man said, bringing up doubts that communal shame could even be possible.

“I don’t feel like I have any way to say I’m sorry,” another admitted.

“I feel your pain and I don’t know what to do about it,” said another white voice.

A request for guidance about what we can do as white people echoed throughout the call.

And then we heard from black voices:

“I’m terrified every time my son says he wants to go for a walk,” one woman said.

“The fragility is what gets in the way of the change…and the unwillingness to acknowledge that every single minute you’re designated as white you have rights that will never be afforded to my son,” another voice added.

“’We’ve got to go and see about it’ isn’t good enough,” said another.

“It’s not my responsibility to make white people better,” voiced another.

“We are tired of explaining what you can research,” someone else said.

And then my heart heard this loud and clear: “I usually don’t come at individual white folks and say get together. But today I am talking to the individuals who are white...and I am saying this is your fault. This is historically your fault. And this is currently your problem. When I see somebody post ’I feel so bad for the black community’ I want to jump through a screen. This is not my problem. You should not feel sorry for us, you should wonder what the hell is wrong with my people? Why do we think it’s okay? Why do we think privilege is so important to maintain that we will murder? What is troubling to me is that I have a lot of white friends…I love them and I know that many of them love me. But the difference is between them loving me and actually wanting to take action that would be beneficial to me. Because they have to get uncomfortable. And they don’t want to.”

One white participant vulnerably admitted that he experiences fear when discussing racism. “My heart beats in my chest and it’s really super scary. I’m really scared most of the time that I’m going to say something wrong. I need your help. We need your help.”

There was little sympathy.

One black woman said, "those kinds of internal reactions are something like what black men feel every time they get pulled over by a cop. So...I don’t feel bad for you. I don’t feel bad that your heart races that you’re gonna have a conversation. Suck it up. If you love me, suck it up.”

A white man then asked what he could do to help support the black American community.

The answer was this: “I don’t need you to help me. What’s gonna happen is, I’m gonna find my black friends and I’m gonna get healed with my black friends. I’m gonna go get cared for and loved and listen to black people talk about what’s good about us. And then when I come out of that room, I’ll have a little bit more grace and patience for white people again. I don’t have an interest in what you can do to support me like that. I’d prefer right now for you to take all your energy and get at your people.”

Love. Yes, this is what we need more of.

So, what about love?

“Love is no longer going to be able to be tolerated as a feeling word," a black voice said. "If there’s no action to it that actually puts you in some kind of risk or forces you or calls you to sacrifice beyond yourself, maybe puts your reputation, your comfort in jeopardy, it’s not love.”

The comments in the chat box were equally sobering.

“Oh we’re so sorry…forgive us. Shut Up with that crap!! None of you are Christian.”

“Own that you are a murderous white community! You've been raping, stealing and killing people of color forever!”

“It’s taxing for me to feel this funk and then have to uplift you.”

“You cannot change what you don’t acknowledge. White females in particular…if we do not acknowledge that we have not addressed racism, nothing is going to happen.”

But the resounding plea of the dialogue was this: “When is enough going to be enough? And when will you all stand with us?”

An Invitation to White Women

This invitation extends to everyone, but white women are specifically being called upon right now—to stand taller and speak louder.

Here is the invitation:

No matter where you are on this path to creating more unity, being on the path is what matters most.

You aren’t going to have this all figured out today. I sure don't. Give yourself space to feel and express the flood of emotions that are certain to come.

It's time to act.

Will others please stand with me?

NOTE: This is a living document, meaning it will be updated from time to time as I integrate new information and resources. I ask for your forgiveness if anything here feels insensitive or ignorant. I’m still learning and I’m open to other perspectives. My intention in writing this is to open a dialogue and close the gap between the freedoms some get to enjoy and the hardships endured by others. 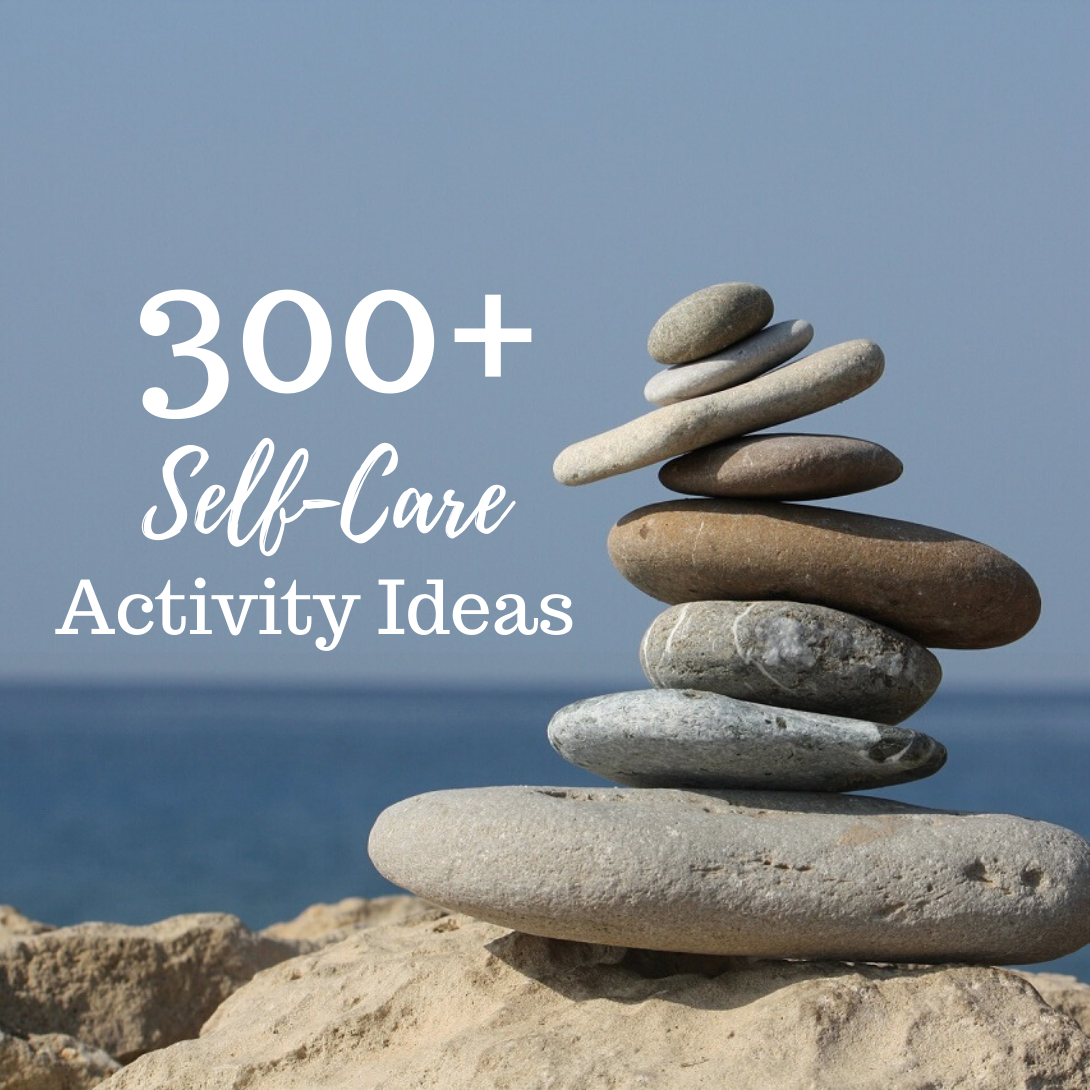 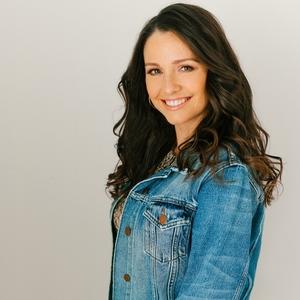 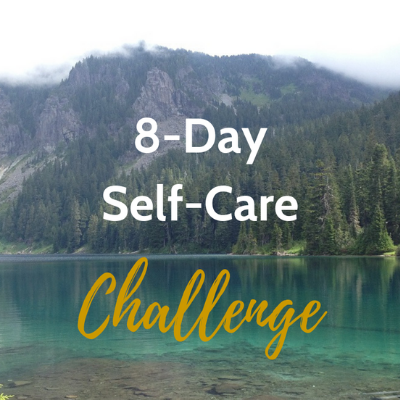 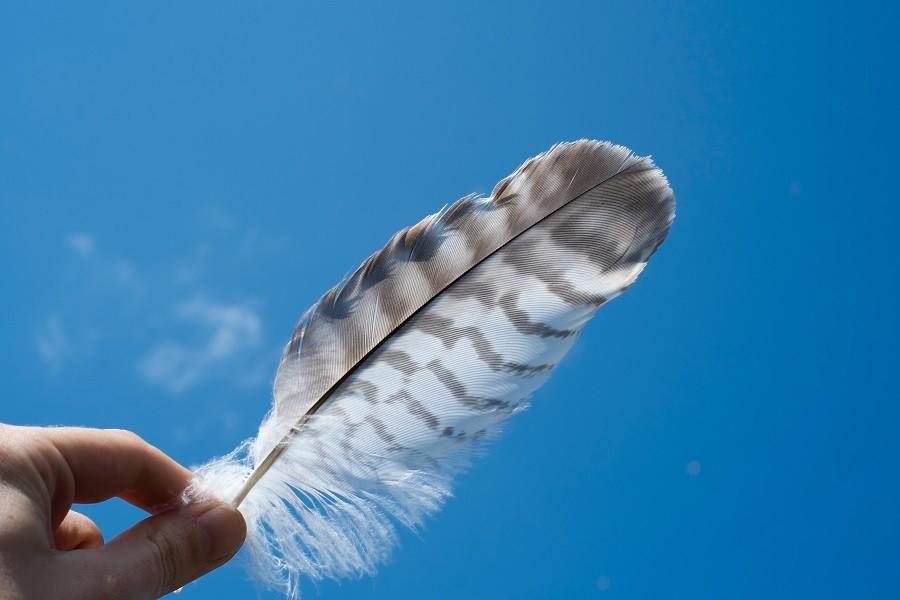