I'm the founder and CEO of LivingUpp. As a Registered Dietitian, author, and coach with 20+ years of experience in the healthcare industry, I'm committed to helping you create an easier, healthier lifestyle.

LivingUpp™ is a lifestyle design company that offers online courses, retreats, coaching, and a membership studio for women who need to weave more self-care into their daily lives.

Our programs are based on a simple 8-dimensional self-care framework that's designed to help you create more ease and better health.

Learn how to identify and prioritize eight key areas of your life, so you can live up to your highest potential. 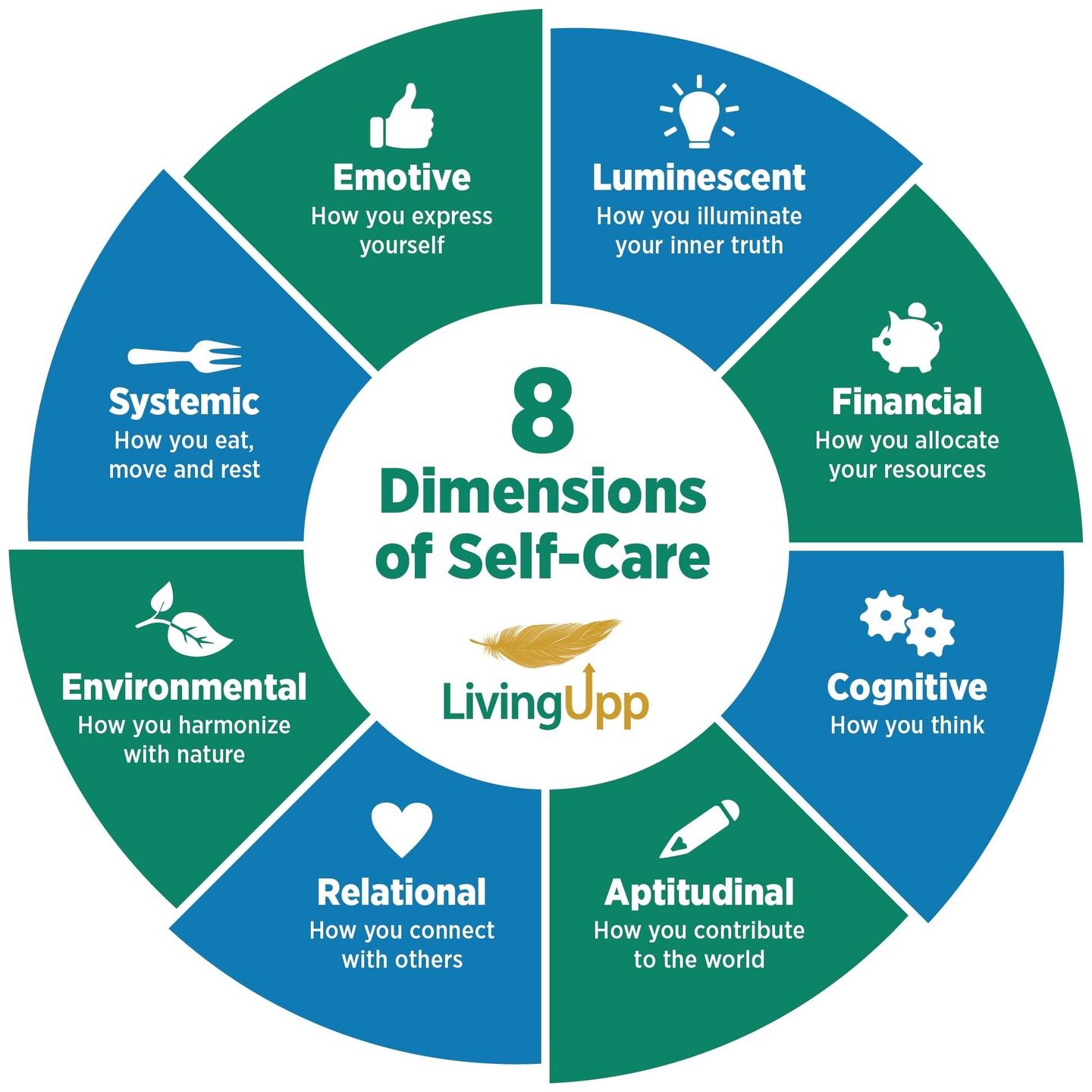 And as you move through the process of reshaping your lifestyle, The Lifestyle Design Planner will help you stay focused and organized.

This simple yet elegant life organizer will help you integrate supportive self-care strategies into your busy day, so you can GSD without sacrificing your health.

But here's why I really do this work... 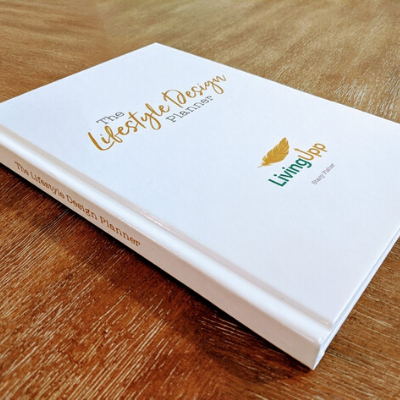 There's just no other way to say it.

My self-care story began in 2014, when I discovered my marriage was failing in a big way. I was emotionally shattered and broken in ways that I never imagined possible.

I was barely functional, mustering just enough strength to drag myself into work every day, only to break down in tears the moment I reached my car in the parking lot. Eventually, I resigned from my job because I simply didn’t have the strength to fake it anymore.

I found a good therapist.

I read a lot of books.

And I invested in self-care.

For three years, I held onto the hope that my marriage could somehow be recovered. I wanted to believe my therapist when she said marriages that make it through circumstances like mine are the strongest that exist.

But that’s not how my story ended.

When the relationship finally unraveled in 2018, I was faced with a very scary question: What now?

I was terrified. I had no stable income, no relatives within 2,000 miles of me, and in a matter of weeks I’d have no place to live, a health insurance plan with an expiration date, and a whole helluva lot of grieving still ahead of me.

But somewhere in the middle of all the chaos, I heard myself say this out loud: “No matter what happens, everything’s going to be okay.”

And I believed it.

I believed it so completely that a sense of peace fell over me like a warm blanket.

The next few weeks were a blur. I filed for divorce. Our home sold five days after it went on the market. And I agonized over where I would go from there. Then my dog, who was supposed to join me for the next chapter, joined rainbow bridge instead.

I did what any logical, soon-to-be twice divorced, forty-something woman who was reclaiming her independence would do: I bought a Sprinter van, loaded it up with only the possessions I loved, and set out on an opened-ended adventure across the country.

And that's when I began to redesign my life.

Over the next 43 days, I visited friends and family, crossed off bucket list items, and drove wherever my heart led me. That road trip from Washington State to Florida had its challenging moments, but it all feels like such a gift now.

That trip gave me space to grieve. It gave me time to reflect on what I really want to experience in the next season of my life, and it gave me the confidence to know that I really can do whatever the hell I want to. 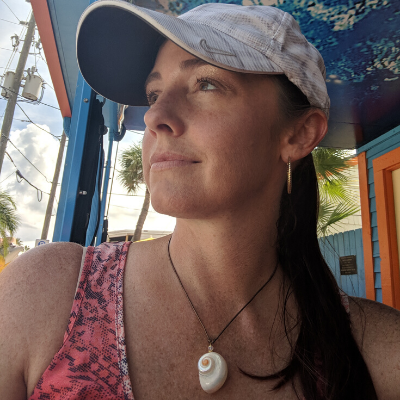 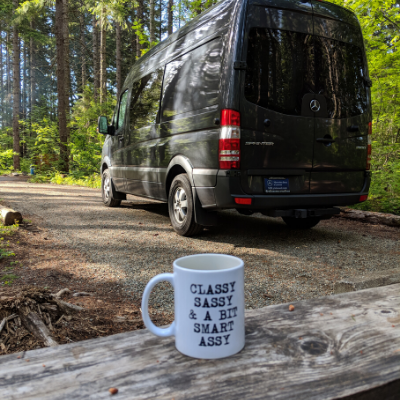 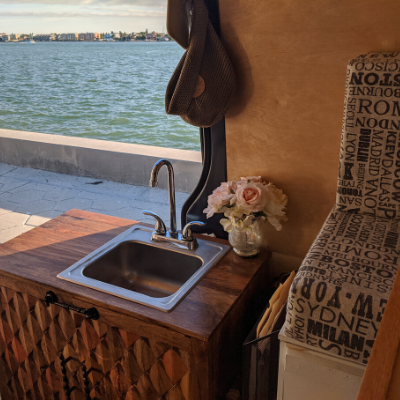 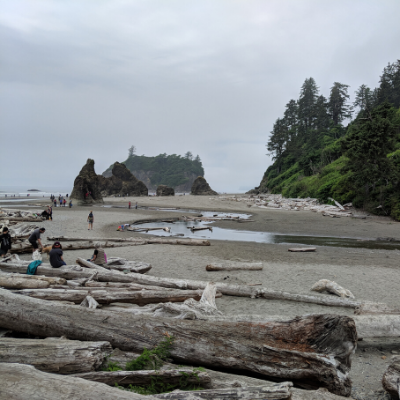 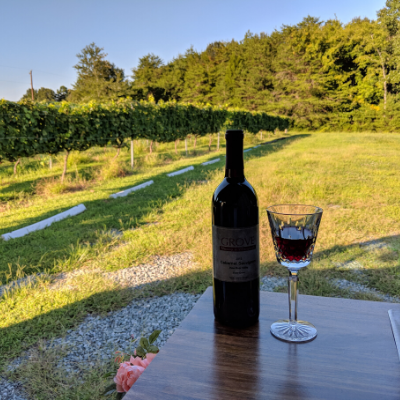 Because the truth is, none of us knows what the future holds exactly. And we have no idea how much time we have here--tomorrow just isn’t guaranteed.

That trip taught me something really important: Life's too short to live a sh*tty one.

So, whatever you’re facing right now, please know that you have more options than you think.

There are endless possibilities for what you might choose to do next.

And when the time comes that you’re feeling ready to explore some new options, this is a safe place to begin putting all your pieces back together.

And I'm here if you need help finding your way.

If you need some help locating a new path, let's chat, my friend. 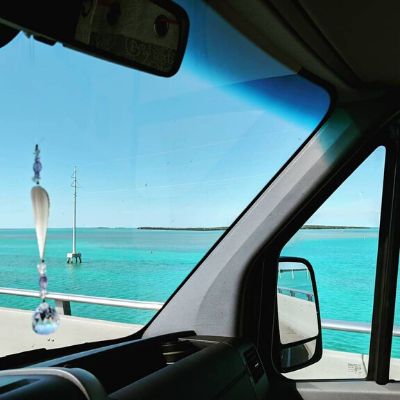 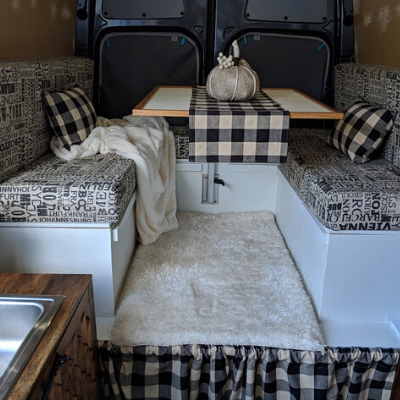 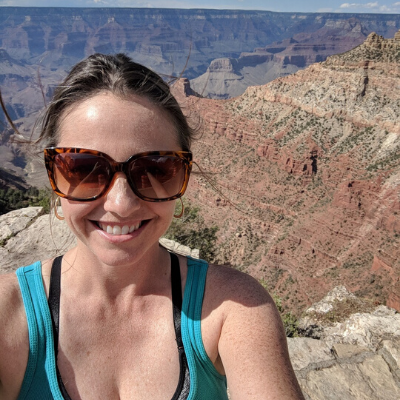 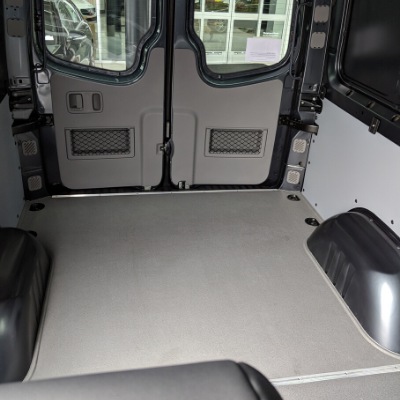 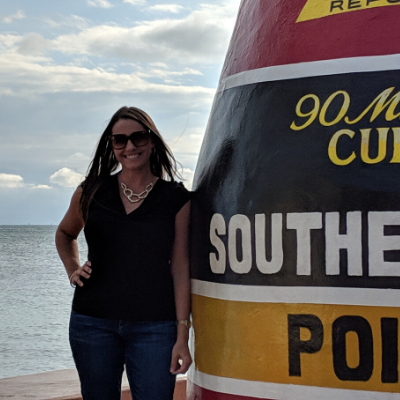 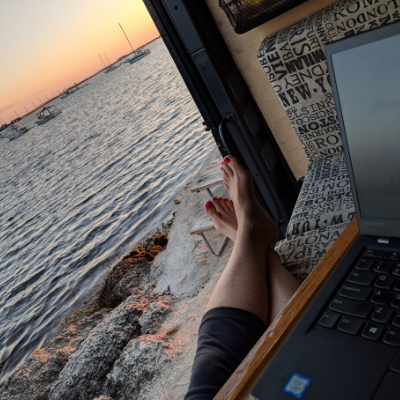 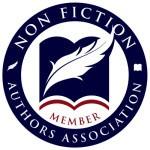 Registered Dietitian Nutritionists (RDNs) are food and nutrition experts who have met the following criteria to earn the RDN credential: 1) Completed a minimum of a Bachelor’s degree at a US regionally accredited university or college and course work accredited or approved by the Accreditation Council for Education in Nutrition and Dietetics (ACEND) of the Academy of Nutrition and Dietetics, 2) Completed an ACEND-accredited supervised practice program at a health-care facility, community agency, or a foodservice corporation or combined with undergraduate or graduate studies. Typically, a practice program will run six to 12 months in length, 3) Passed a national examination administered by the Commission on Dietetic Registration (CDR), and 4) Complete continuing professional educational requirements to maintain registration.

Certified Diabetes Care and Education Specialists (CDCESs) under the the Certification Board for Diabetes Care and Education (CBDCE) must be a) A clinical psychologist, registered nurse, occupational therapist, optometrist, pharmacist, physical therapist, physician (M.D. or D.O.), or podiatrist holding a current, active, unrestricted license from the United States or its territories; OR b) A dietitian or dietitian nutritionist holding active registration with the Commission on Dietetic Registration, physician assistant holding active registration with the National Commission on Certification of Physician Assistants, clinical exercise professional holding active certification with American College of Sports Medicine (ACSM) as a Certified Clinical Exercise Physiologist (ACSM CEP), previously known as ASCM Certified Clinical Exercise Specialist, clinical exercise professional holding active certification with the ACSM as a Registered Clinical Exercise Physiologist® (ACSM RCEP), health educator holding active certification as a Master Certified Health Education Specialist with the National Commission for Health Education Credentialing; OR c) A health professional with a master’s degree or higher in social work from a United States college or university accredited by a nationally recognized regional accrediting body. It also requires a minimum of 2 years of professional practice experience within a health-related field (as noted above) and a minimum of 1000 hours of diabetes self-management education (DSME) experience, along with a certification examination.

In 2016, Stacy completed the Wellcoaches Certified Health and Wellness Coach training program, and she has also completed the ACE health coach certification.

The Commission on Dietetic Registration’s Certificates of Training in Adult Weight Management are intensive programs that provide in-depth training related to the treatment of adult weight management, and include topics such as pathophysiology, dietary modifications, physical activity, pharmacotherapy, appetite regulation, intensive behavioral treatment, bariatric surgery implications and complications, relapse prevention, weight maintenance and counseling strategies. Stacy completed the Level 1 certificate of training in 2003, and Level 2 in 2014. 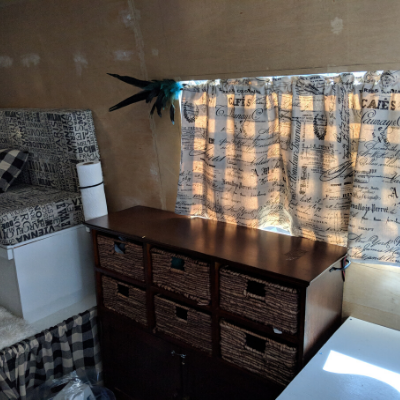 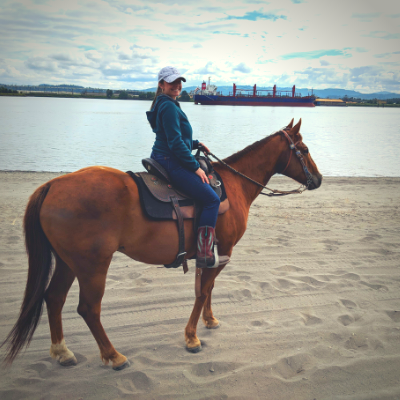 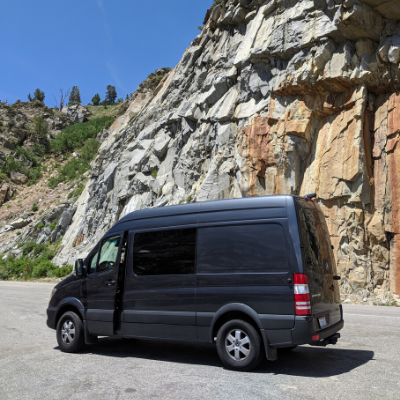 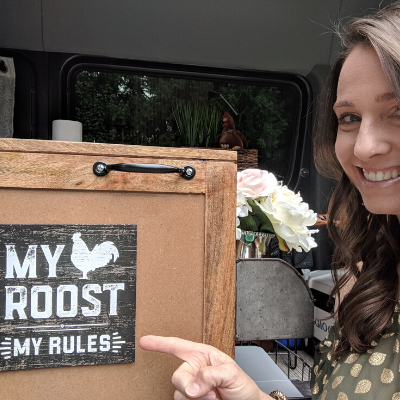 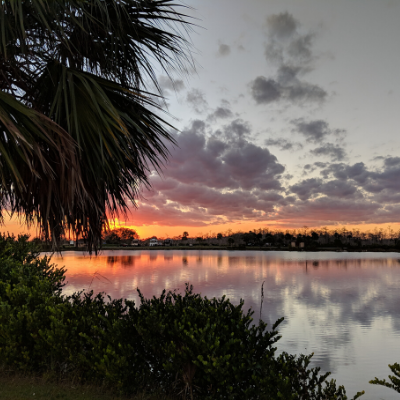 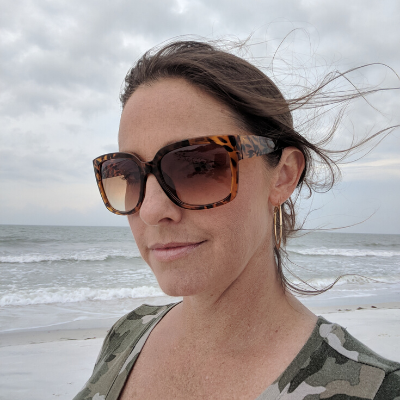 LivingUpp™ founder STACY FISHER, RDN, LD, CDCES is a registered dietitian with 20+ years of experience in the healthcare industry. She teaches women how to use a self-care planning system to create more ease and better health through online courses, private coaching, and an online membership community. Stacy is the author of The Lifestyle Design Planner, a life organizer that helps women design a life they love.

STACY FISHER, RDN, LD, CDCES is the founder of LivingUpp™, a lifestyle design company that helps women live with more ease and better health, using a proprietary self-care planning system. Stacy is a registered dietitian nutritionist, certified diabetes care and education specialist, lifestyle coach, and author with 20+ years of experience in the healthcare industry. She has worked in private practice, in medical facilities, and with large companies such as Dell, Boeing, and Nike. Stacy has been published in The Costco Connection and is the author of three books, her most recent being The Lifestyle Design Planner, a life organizer that helps women design a life they love. 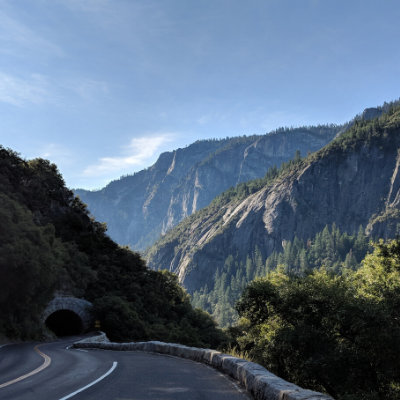 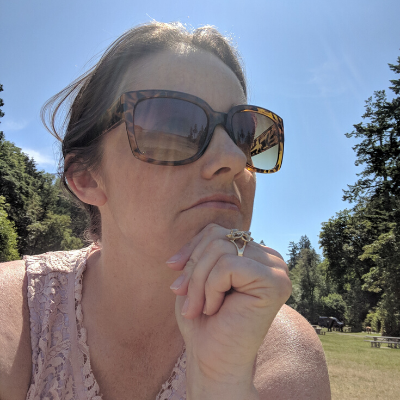 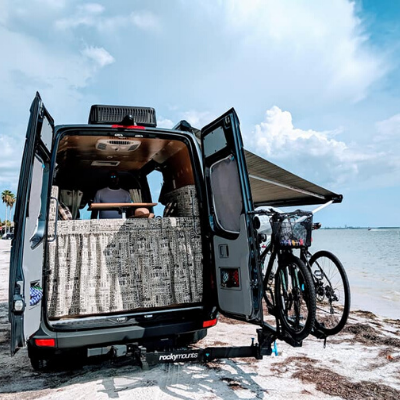 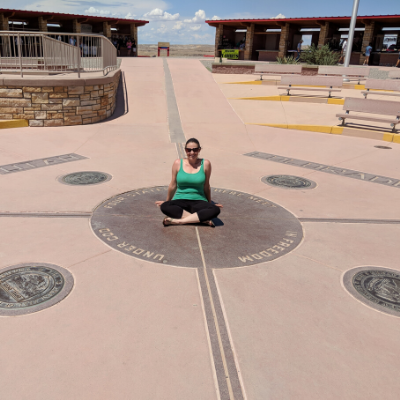 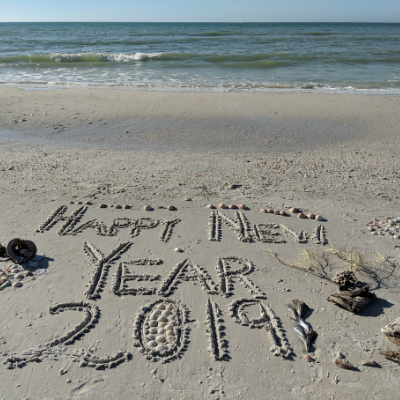 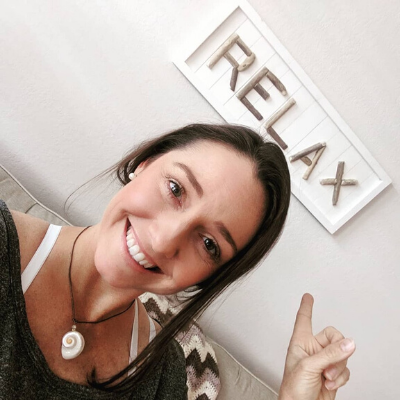